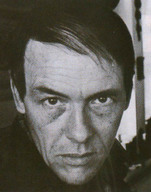 During mid 80´s he lectured at the Hochschule der Künste in West Berlin. As of 1993, he has lectured at the European Academy of Arts in Warsaw, currently as a professor. For many years he has worked alternately in Warsaw and Paris. He presented his works at several individual exhibitions and participated in numerous collective exhibitions in Poland and abroad. His works are found in private collections and museums in many countries worldwide. He is an expert and collector of arts, in love with the baroque period. One of the most a expressive personalities of Polish arts during the past fifty years.

Another posters not in our collection (19)